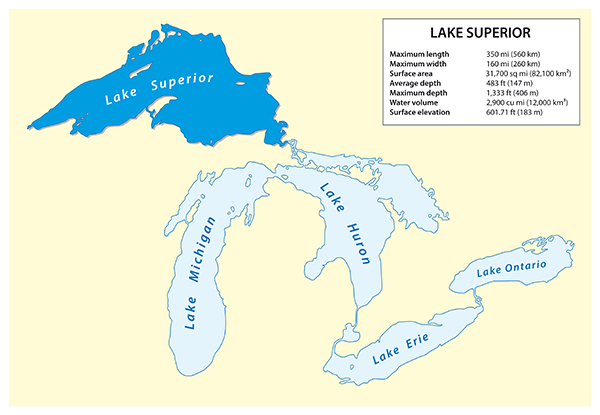 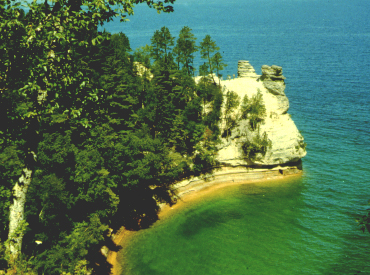 Lake Superior is located on the northern edge of Wisconsin and stretches between the Upper Peninsula of Michigan north to Ontario Canada. It also spans west to the eastern edge of Minnesota. Lake Superior is the largest of the Great Lakes by surface area and volume. It is like a mini-freshwater ocean, you can't even see the other side from the Wisconsin shoreline.

This Great Lake doesn't have tides like the ocean; however, periodically the water levels rise and fall by as much as one foot due to a phenomenon called a "seiche" (SAYSH, a French word that means "to sway back and forth"). This happens when water piles up on one side of the lake because of wind or high barometric pressure and then shifts back to the other side. Small seiches occur all the time, but sometimes strong ones can cause ships to bang together in harbors, or leave them high and dry for a few minutes.

Check out these facts...

Not only is Lake Superior the largest of the Great Lakes, it also has the biggest surface area of any freshwater lake in the world. It holds about 3,000 cubic miles of water - enough to fill all the other Great Lakes plus Lake Erie three times over. 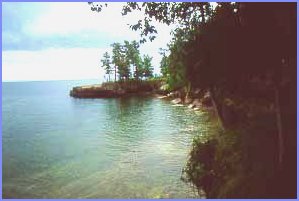 The average depth of Superior is about 500 feet. It is the deepest (1,335 feet) of the Great Lakes. If you go swimming there in the hottest part of the summer, you'll soon learn that Lake Superior is also the coldest of the Great Lakes - brrr, icy cold at an average temperature of 40° F (4°C). The water temperature sets the climate for the area, making winters warmer and summers cooler. Fall is the season for "northeasters" or strong winds and rain. This is what caused most of Lake Superior's 350 shipwrecks. The lake weather also causes "lake effect" snowfalls along the shores of Wisconsin and Michigan because the air cools and releases moisture as it rises - dropping more snow in addition to typical Midwestern weather patterns. Also during most winters, the lake is 40 to 95 percent covered by ice. Wind usually keeps the center of the lake open. It occasionally freezes over completely.

Superior stretches approximately 350 miles from west to east, and 160 miles north to south, with a shoreline almost 2,800 miles long. That is the same distance as driving from Duluth, Minnesota to Miami, Florida. The land area surrounding the lake also provides Lake Superior with water in the form of rain and snowmelt runoff from Michigan, Minnesota, Wisconsin and Ontario Canada.

Most of the land around Lake Superior is heavily forested. Not many people farm near the lake because the temperatures are cool and the soil is poor. You won't find many people living along the lake either, except in port cities where ships load and unload. 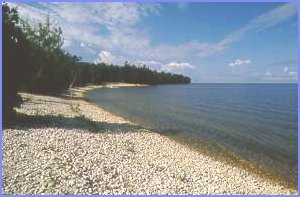 Did you know that Lake Superior is connected to the Atlantic Ocean by the St. Lawrence Seaway? The 2,343 mile (3,770 kilometer) trip takes about seven days by boat from Duluth/Superior, the busiest inland port in the country, with more than 1,000 vessels visiting each year.

Lake Superior was the location of the famous Nov. 10, 1975 shipwreck of the Edmund Fitzgerald. This large cargo ship sank during an intense storm on a regular trip from Superior, Wisconsin, to Detroit, Michigan, carrying 26,000 tons of iron ore. 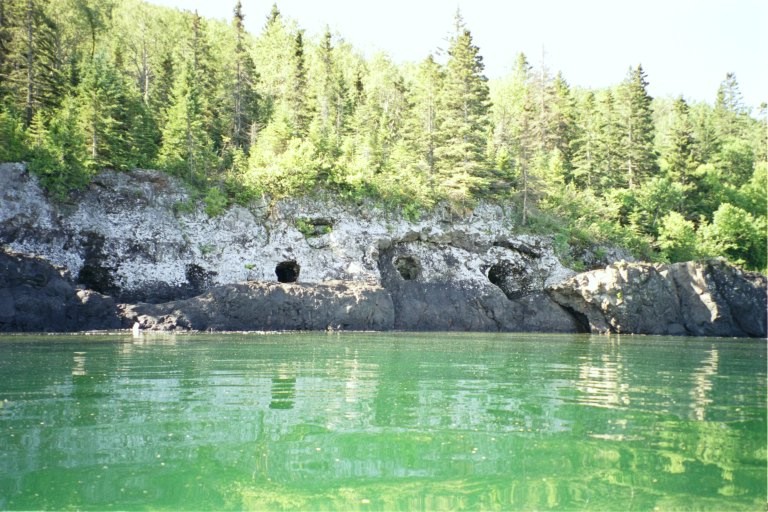