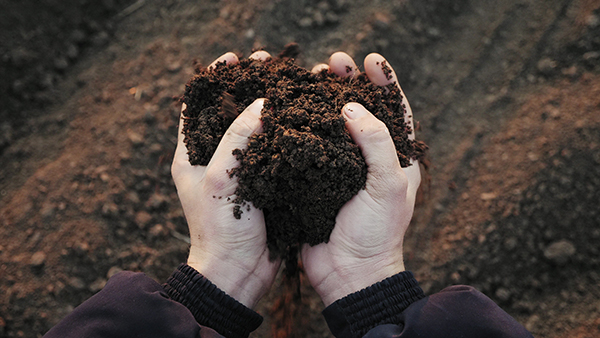 Believe it or not, we even have a state soil! It is called Antigo silt-loam and was selected in 1983 to help remind us of our responsibility to take care of our soil resources. People argued that soil, a natural resource that took 10,000 years to produce, not only is essential to Wisconsin's economy, but also is the foundation of life itself. Silt loam is a productive, silty soil originating from the glaciers and enriched by organic matter from prehistoric forests. This soil is found mostly in Wisconsin, stretching in patches across the north central part of the state. It is named after the city of Antigo. This soil supports dairying, potato growing, and timber.