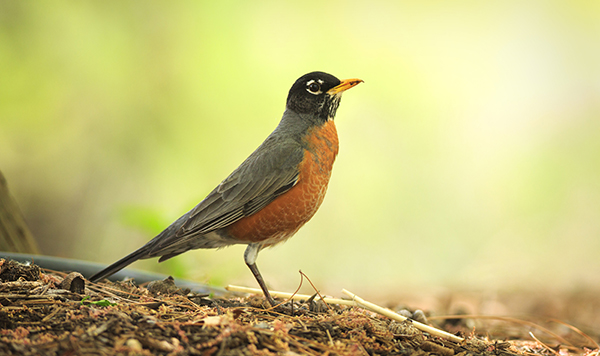 During the 1926-27 school year, the state Federation of Women's Clubs sponsored bird studies in the public schools. School children chose the familiar robin (Turdus migratorius) 2-to-1 over the nearest competitor. The robin has earned this title partly because it is one of the five most abundant summer residents found in Wisconsin. The robin is also a migratory bird. We commonly think of it as the first sign of spring, even though it arrives after the killdeers, Canada geese, and red-winged blackbirds. Some robins choose to overwinter in residential areas in southern and central Wisconsin, others leave the first few weeks of October to find warmth in the Ohio Valley and eastern states. Watch for their return by the hundreds in April.