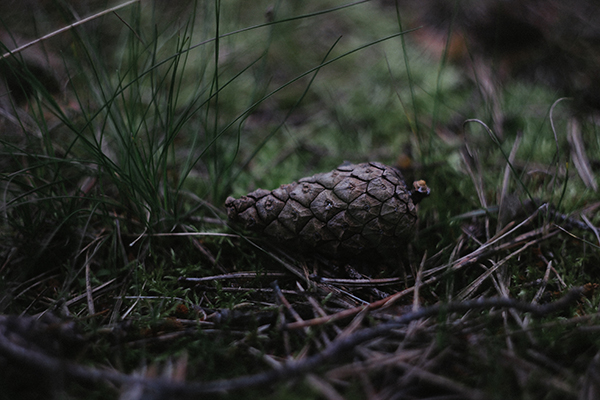 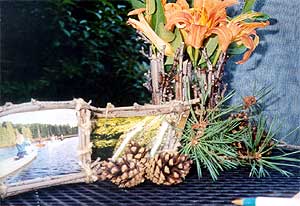 Looking for something to keep you busy for awhile? Here's a simple way to make decorative frames and vases. This is what you'll need: twigs you've collected from the ground, cardboard for the frame, a mason jar for the vase, white glue, double sided tape, twine or raffia, scissors, a pencil, a ruler, and one of your favorite pictures. 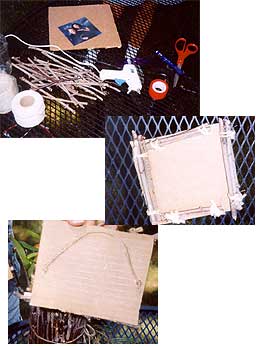 Now break your twigs to fit along all four sides of the picture. They don't have to be the same size. About three or four twigs per side will do. Make a bundle of twigs for the bottom of the picture frame. Now, repeat that same process for the top and for the sides. Once you've got the four sides ready, assemble the frame.

Take your picture and glue it to the center of the cardboard. Then, put plenty of glue on one bundle of sticks and glue it along one side of the picture. Keep going and finish the frame by gluing the rest of the bundles around the picture.

That's it, you're finished! Now, if you want to hang it, all you have to do is make a string hanger or a cardboard easel. 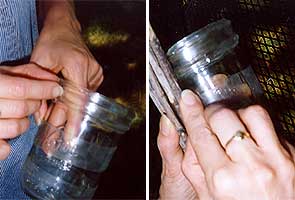 Once you've finished the twig frame, you might want to try making a twig vase. Here's what you do. Take a mason jar or an old spaghetti sauce jar and wrap double-sided tape around the bottom, middle and top of the jar. Take your twigs and press them onto the taped areas of the jar. The twigs should be at least as tall as the top of the jar and some should be taller. Continue doing this until the jar is completely covered with twigs. The last thing you need to do is squeeze glue into the spaces in between the twigs. This will guarantee that your vase will last for a long time.

Once you're finished and the glue has dried, display your new picture frame and put some flowers in your vase.