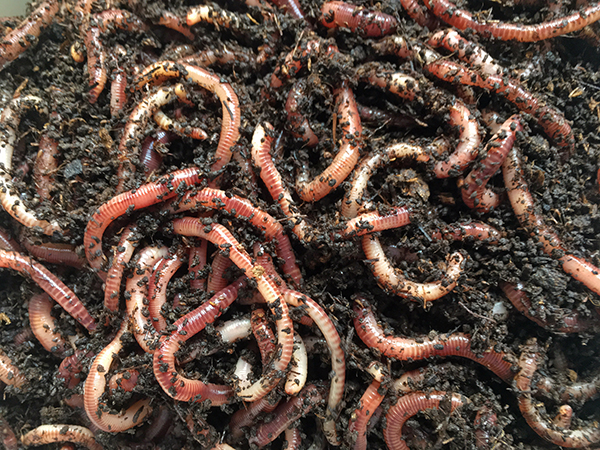 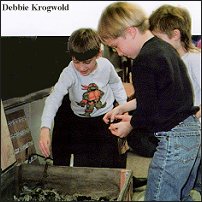 You've got all the ingredients; the bin, bedding, worms, and waste. You're now ready to become a vermiculturalist. Just follow these easy steps to make sure your worms are healthy and happy critters:

Don’t let your worms out!

Earthworms are not native to Wisconsin’s forests. They eat fallen leaves on the forest floor making it hard for tree seedlings and other native plants to grow.

After selecting a good site for the bin, prepare the bedding. 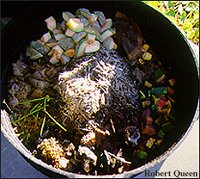 Now you can feed your worms.

The next time you're ready to feed your worms -- four or five days later, perhaps -- bury the waste under the bedding in the second section. The time after that, bury it in the third section. And so on. By following a rotation, you won't have to dig into waste that's not yet "finished."

Some people keep a covered "holding bin" in the refrigerator or under the kitchen sink to keep scraps until there's enough for a good feast, others add scraps daily. It's your call.

Redworms can eat a lot, but if your bin starts to smell, you've added too much food for the worms to keep up. Stir the bedding to aerate, cover the box, and add no more scraps until the odor is gone.

When you expect to have lots of food scraps, like during special events or holidays, plan to set up a separate bin, or dispose of food waste another way.

Worms are low-maintenance, and you can skip two or three weeks without feeding them. Any longer than that, and you'll have a big box of dead worms.

You are in charge and responsible for the worms. It will take some careful powers of observation. When you see worms scaling the walls, or when the bin population declines, it's time to make some adjustments.

Worm-watching isn't as exciting as whale-watching, but it is an intriguing way to witness nature at work up close. Keep an eye on your worms, tend to their simple but vital needs, and you will be rewarded. 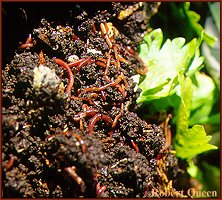 A few months pass, the worms are thriving, and you are absolutely thrilled because you are no longer sending food waste to the landfill. Be proud. Take a bow. Flip that potato peel into the worm bin.

Now your true interest in vermiculture must come forth. The products of worm cultivation depend on the three methods of harvest.

The methods of bringing in the harvest vary. Just remember that worms move away from light, and from extremes in moisture and temperature. They move toward a source of fresh food. These guidelines will help you come up with an individual harvesting technique to separate worms from compost. If you're not feeling creative, here are two guaranteed harvesting methods:

Recycling and Beyond Story - Closing the Loop
Here's how you can help the environment by reducing waste
7 Steps to Shrink Your Trash
Bring the Bottle or Can Home!
Milly Zantow: Recycling Revolutionary