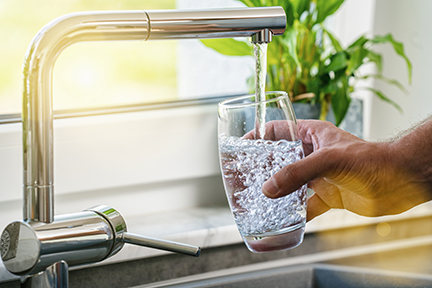 The glass of water you're about to drink

Deserves a second thought, I think.

Are all involved in every swallow.

The molecules of water in a single glass

The glasses of water in stream and sea,

Or wherever else that water can be.

The water in you is between and betwixt,

And having traversed is thoroughly mixed,

So someone quenching a future thirst

Could easily drink what you drank first!

The water you are about to taste

No doubt represents a bit of waste

From prehistoric beast and bird

A notion you may find absurd.

The fountain spraying in the park

Could well spout bits of Joan of Arc,

Or Adam, Eve, and all their kin;

You'd be surprised where your drink has been!

Will some day hence return as rain,

Or be held as the purest dew.

Though long ago it passed through you!